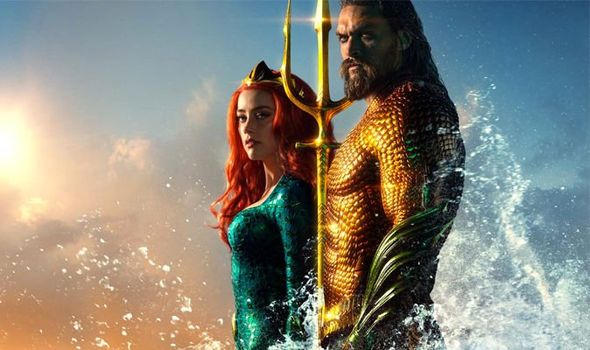 Superhero origin films are a dime a dozen these days. As each of them (well, most of them) make hundreds of millions at the box office, new heroes get the opportunity to have their story on the big screen. Aquaman is a character that has been lauded to many as a joke for years, but after a couple of appearances in the DC Extended Universe’s previous entries the character has been given the chance to helm a film after iterations of the franchise’s big honcho characters Batman and Superman created a huge tidal wave of controversy and backlash from both general audiences and fans. Wonder Woman’s first film was a huge success both critically and with audiences, and while Aquaman may not reach the cultural relevance of Wonder Woman (understandably so), it may do similar things in terms of shaping up the character in the pop cultural lexicon.

The story of Aquaman is pretty standard. A man with superhuman strength is asked to save the world and takes a quest to find an object that will grant him status as a king. One of the elements the film lacked was strong characterization. Arthur and Mera, his Atlantean love interest have some nice moments together but the romance isn’t as well realized as say Wonder Woman and Steve Trevor. While the script and tone of the film can be uneven (moments of humor were more miss than hit), what truly kept me engaged with the film was the absolutely gorgeous visuals. The whole film is stunning and the CGI never felt off as it can in many of the other comic book films. The film also features stellar action scenes. The choreography and special effects are all top notch.

Jason Momoa does not mirror the comic’s image of Aquaman, but as the film enters the last act and Momoa dons a gorgeous version of the comic’s classic suit, he truly becomes the character. Amber Heard makes for an appealing Mera. The script isn’t really demanding for either character in terms of dramatics but both Momoa and Heard fit their roles very well. Patrick Wilson, who I’ve always been a fan of makes for a convincing villain as Aquaman’s half-brother  Orm. Another one of the assets of this film is director James Wan. With only one other action film under his belt (Furious 7), the action is top notch for this genre thanks to the camerawork and choreography.

I have been a big fan of the DC Extended Universe’s solo entries and while I do not think this film quite reaches the highs of both Man of Steel and Wonder Woman in terms of overall product, the visual spectacle and sheer entertainment of this film won me over.