Army of the Dead review 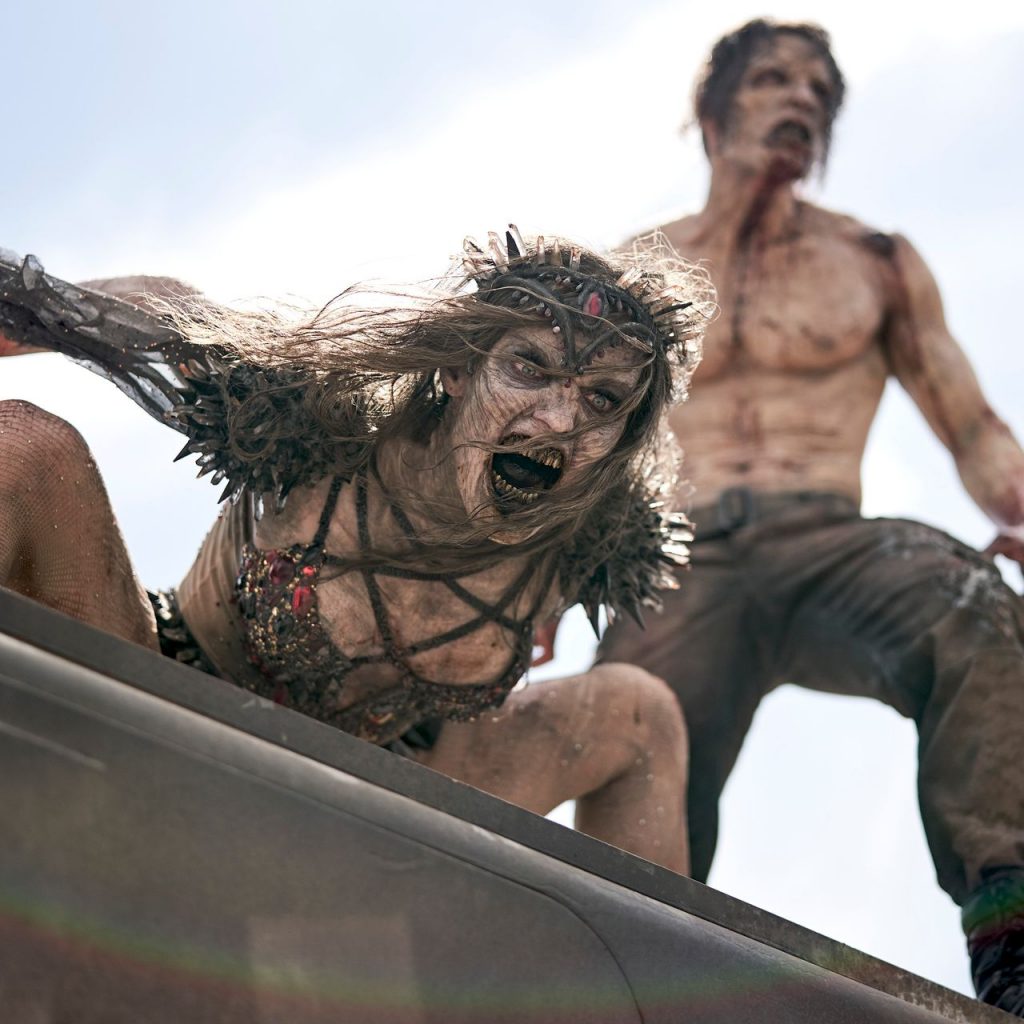 Zombie films/shows centred around survival have already been done enough times including by Zack Snyder himself, so in Army of the Dead he updates the genre. The zombies aren’t just mindless animals but include a smarter faster alpha breed when bitten by the king. Furthermore the world’s reaction includes realistically already quarantining and largely beating the zombie threat, allowing the film’s heroes to not be motivated by saving the last of the species but in their own self interest in trying to steal millions from the zombie infected Las Vegas before it’s nuked. The characters who once fought inside Las Vegas and now want to go back resemble Vietnam veterans who feel they were left behind by their country once the war was over, they don’t mind the risk because they feel dead inside back in the real world anyways with many of them having lost loved ones to zombies. However once the team is put together it quickly resembles more of a heist film. Matthias Schweighöfer gives a fun performance as the locksmith who’s interest in the mission is more getting to unlock the perfect safe than the money, as does Tig Notoro as a brash tomboy helicopter pilot. Hiroyuki Sanada as their benefactor and Garrett Dillahunt as his as his slimy henchman infiltrating the group both are lively.

The film starts strong. The opening sequence where a humorous oral sex on the highway caused accident that lets one of the super zombies out does a good job establishing the faster, smarter zombies and let’s you know exactly how the Las Vegas outbreak started when it ends with them staring towards the city. The following title sequence is up there with his Watchmen one and tells an entire movie in a few minutes about the outbreak until it was contained.  After that it slows down with an attempt at character development and one can sense scenes that would have been cut if Snyder had been asked to trim down the 2.5 hour running time.

With the characters on a suicide mission inside the zombie territory, some of the death sequences are appropriately gory with one coming as a shock in particular. At times it leaves one waiting for the next like it’s a Jason movie. The new zombie king and queen aesthetically fit the part, and turning one of Siegfried and Roy’s tigers into a zombie was a nice way to incorporate the Vegas setting and a Chekov gun that plays off well.

Compared to other Snyder films he doesn’t hit you over the head with style over substance but the lower key parts are still not his strong suit. The subplot trying to make a real life immigration analogy with a quarantined camp of humans in the Vegas zone falls flat and makes you want to get back to the zombies. While as mentioned a few actors do their best with the material and Dave Bautista and Ella Purnell’s father and daughter manage to hit a credible emotional note by the end of the movie, for some of the other actors on the mission the less said about their performances the better with Snyder’s material as usual not helping them feel more than empty.