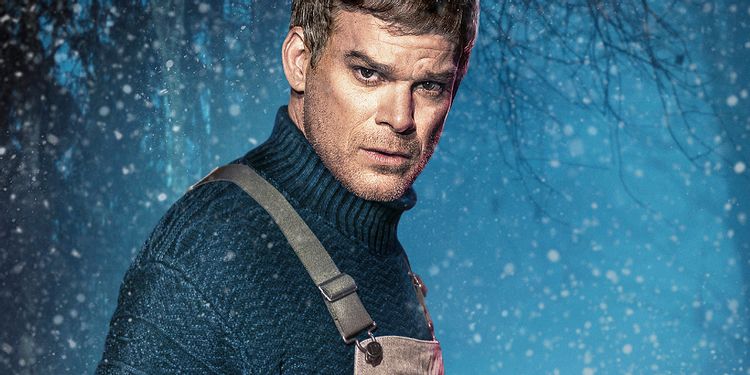 The new Dexter stays true to its character in its first episode, a positive sign as it tries to redeem the show on its way out after its unpopular series finale. Michael C. Hall is superb stepping back into the shows of his famous role, showing the struggle of him committing to his squeaky clean, gun/fishing store employee persona that most residents of the new town he lives in wouldn’t guess in a million years had his darkness underneath. As his new hallucinatory “dark passenger”, Jennifer Carpenter’s Deb is played with a seriousness, there not to be his wisecracking sister like in her living form but to remind him of his motivation to not kill anymore – Because it continuously puts his loved ones in the crosshairs. It also doesn’t seem a coincidence that Dexter’s new girlfriend is a cop who shares a resemblance to Deb.

The ice cold setting is an effective 180 from Miami and adds to Dexter’s cold emotional exile. Furthermore it adds stakes due to how in a small town it will much harder to get away killing people if Dexter relapses. Much like the original series the characters such as the police officers become thinner when you get away from Dexter and Deb, but Julia Jones as Angela is likeable enough thus far and Steve M. Robertson as the slimy rich kid who brings out Dexter’s old side is unlikable enough for you to want Dexter to kill him, while at the same time also introducing his powerful father as a future antagonist. Other characters like Michael Cyril Creighton as Dexter’s boss help add to the quaint feel of the town. Dexter’s internal monologue kicking in as soon as his old self is re-activated is a nice touch, and when he finally has someone on his table once again it’s a highly entertaining payoff, with the interaction between Dexter and his completely doomed foe one of the highlights of the show as always. The image of the severed head is memorable gore, and much like the internal monologue hearing the end credits theme is a nice callback.

The reintroduction of teenage Harrison largely left me with questions about how he found Dexter, nonetheless Dexter’s motivation for taking him in is developed well with Dexter realizing from his latest victim the importance of a father figure, and comes as part of a series of reckless decisions that should make the stakes high the rest of the episodes as Dexter tries to avoid the consequences of his old persona falling.

Dexter: New Blood is a well crafted return that feels justified to give the character closure compared to the going through the motions at the time eighth season.