House of the Dragon vs Lord of the Rings: The Rings of Power 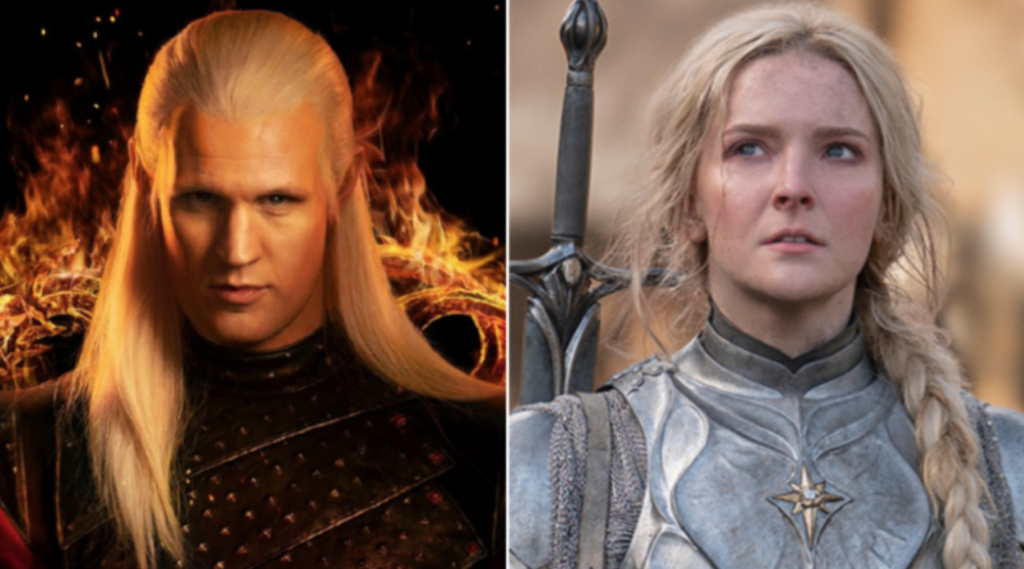 With two major fantasy TV shows debuting so close together, it’s easy to compare them. Which is better?

Of the two, the Rings of the Power more takes after Game of Thrones propensity for having an overload of characters and subplots. In addition to Galadriel and Elrond’s plots that have gone separate ways, it’s also following the hobbit Nori and romantic subplot of elf Arondir and peasant Bronwyn that aren’t connected to the others yet. House of the Dragon on the other hand is focused on the succession of the king and those vying for the thrones by blood via his brother Daemon daughter Rhaenyra, or marriage with the hand pushing his daughter to woo him. While this limits the understanding of what life was like for ordinary people in Westeros a few hundred years before the original series, on the whole it gives it a tighter and more clear storyline. As expected when comparing Westeros word to Middle Earth the characters in House have more flaws and more potential for self destruction than largely heroes chasing after evil orcs of Sauron. Both shows have a propensity for flowery monologues, however this works better in the Shakespearean political setting of House of the Dragon. With the goal being to create the next Game of Thrones the Rings of Power being inspired by it is unavoidable, but any of the ways it is hurts its ability to feel like Tolkein, who’s world is the opposite of George R. R. Martin’s.

The Rings of Power is easily more impressive visually of the two. Its immense budget is clear and it uses a wide variety of elements like snow, water, fire, green fields, etc. and helps establish the wide ranging areas different species live in. Bear McCreary’s score although flirting still gives it an epic feel. House of the Dragon visually feels more trapped like the towers its characters live in or its incest-driven bloodline and at times its politicking scenes verge on feeling like a BBC production. The costumes and the pomp of this King’s Landing don’t pop as much as in the original series. Most of the money appears to have gone to the dragons which are nice to see again, but nothing that hasn’t been seen before in Game of Thrones. Strictly from a visual and atmospheric perspective, House of the Dragon is more flat than its predecessor.

Nevertheless it’s a worthwhile trade-off for story and characters, and in this case seeing what happens to Viserys, Rhaenyra and Daemon and how the Targaryens will self implode is more naturally intriguing than the rise of Sauron until he is defeated the first time. By characters like Galadriel and Elrond having already lived thousands of years it lacks the innocence of Bilbo or Frodo going on their first adventure and seeing monsters for the first time is lost and it’s difficult to feel like Tolkein without it, the storyline of the hobbit Nori is the best chance to recapture it.

Ultimately despite its best efforts to impress its audience with its visuals and monologues, with a slow pace, less dimensional characters and a story the prologue of the original series revealed the ending to, I found myself bored by the end of the 2nd episode of the Rings of Power. House of the Dragon isn’t perfect itself, but its storyline hits more compelling human interest notes so far.