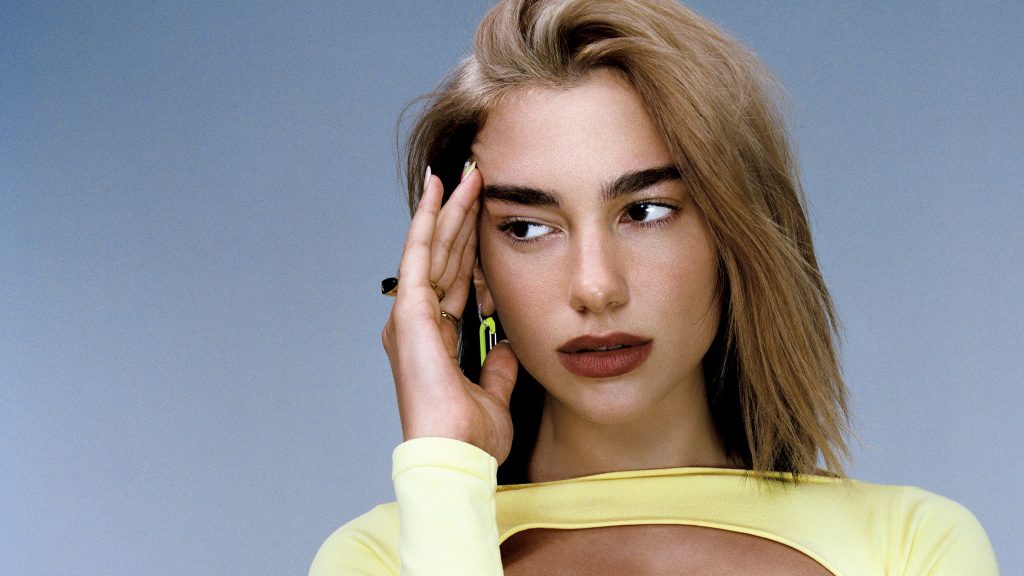 Well the coronavirus officially hit the music industry this month, and much like everywhere else, it hit it hard. It started with the postponement of Coachella and now the entire summer concert season is basically cancelled. There is good news though, since music takes so much time in post-production, most of the upcoming releases are already finished recording and are even pushing up their release dates, and mixing is something that can easily be done from home. So fuck COVID-19, we have all heard enough about it, let’s just focus on the new releases, which were really terrific. I had originally planned to call this column Et Tu March? in reference to the lack of releases, but we wound up with a month where several people had good cases for the #1 album and we even had to supersize it. The month, at least in the field of recorded music, better represented Caesar’s triumphs than his final day.

After eleven weeks at #1, The Box has finally fallen on the final chart of the month. Roddy’s hit single may go down as the lowest key chart topper ever, but double digits is impressive for anyone at any time. And it is quite possible he will climb back up for more, since The Weeknd’s Blinding Lights got a major boost from his album being released. This is his second #1 from the album, as Heartless was actually the one who debuted at #1 after both songs premiered back in December. I’m hoping that Dua Lipa can receive a similar boost for Don’t Start Now, getting at least a week in at #1 when people are streaming her album in full.

Streaming numbers were huge across the board, for obvious reasons. The Weeknd took over as the highest debut of the year with 444,000 thousand units moved. Lil Uzi Vert and Lil Baby also posted weeks of over 200k units, mostly based on their streaming numbers. Uzi’s numbers were so big he debuted three songs in the top ten during that week. 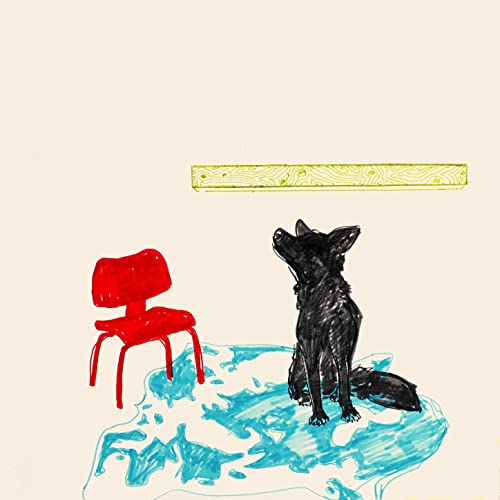 Dogleg has one goal in their recording process – play fast. And they accomplish that, but keep their rhythms melodic with all the speed and power. Titles are not always amazing foreshadowing when it comes to music, but when someone has the name Dogleg, an album called Melee and a lead single called Kawasaki Backflip it is going to gauge my interest. Again, not always a precise science, but coming up with clever names for your band and song titles indicates that you will also come up with clever lyrics. And Dogleg does that as well as they play fast. Love the ode to nocturnals in the song Wartortle, “hey I’m late, couldn’t wake up before noon, I know for some that’s kind of early but for me it’s nothing new.” Would give a recommendation to anyone who has ever thought Cloud Nothings need to loosen up a little. 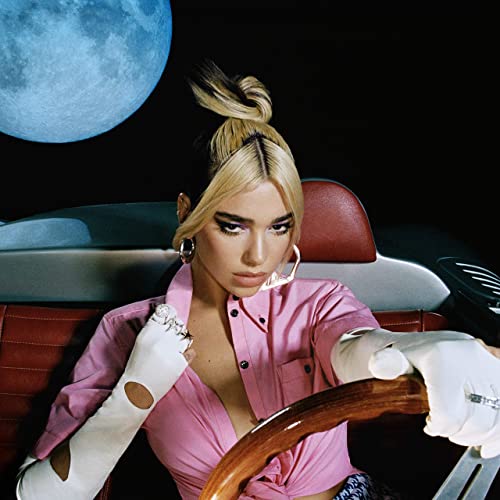 80s nostalgia has become a powerful weapon in the modern era. This is nothing new, people in the 80s hated it and wanted to go back to the 50s, and people in the 50s wanted to go back to the 20s. It’s easy to escape into the past when the present is unpleasant. Dua completely captures the sound of that decade here though, the Stranger Things of music, and by calling it future nostalgia she calls her shot that people in the 2040s will be like “why can’t we get good singers like Dua Lipa anymore?” This album is full of bangers though, even someone who had never heard any 80s music would feel compelled to dance along to it. We are fully prepared to riot with you the next 20-30 years babe. 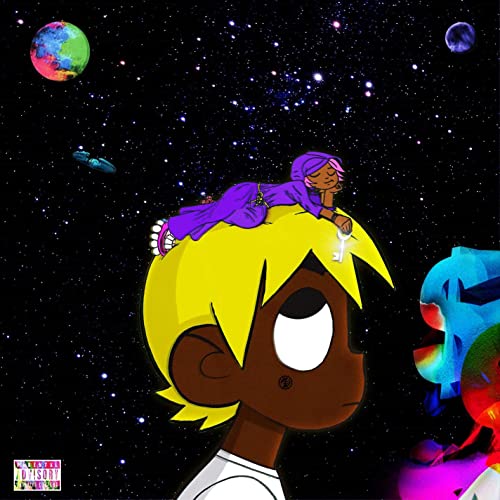 It’s hard to say what separates Uzi from the millions of others in the poprap game right now, a game that I got over almost immediately. There’s just an oomph on his songs for me, one that goes beyond a codeine fueled rant. You may remember last years’ Sanguine Paradise, a song that greatly reminded us of Donkey Kong 2. That song is not on the album, but the spirit of Diddy and Dixie persists. Feels more like a grand adventure than a night in the club. And I’m all about adventures in space or whatever dimension Uzi is hanging out in. 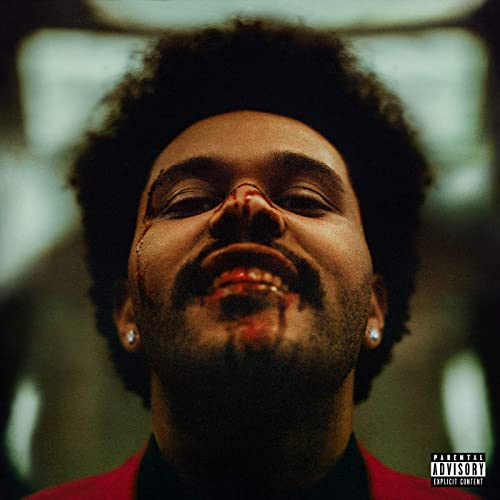 After Hours by The Weeknd

The Weeknd is oftentimes plagued with accusations of making the same song over and over again. It’s a fair criticism, but I can testify that, as early as two years ago, I would have said The Weeknd sucked. Now, in 2020 after this After Hours album, he’s one of my favorite male singers. It’s certainly not a revolution from where he was at with Starboy, but sometimes just a few tweaks in singing style and production, and much less of an effort to make traditional pop hits, can make all kinds of difference. Also a big fan of the songwriting here “She wants futuristic sex so I give her Phillip K Dick” from Snowchild sounds like a Kanye line and had me laughing through to the next song.

Daydream by The Aces

This song already feels like it came out in another life, even though it was only a few weeks ago. Full of promise and potential and hope and happiness and love. Now daydreaming is literally all we can do. I guess in that way it actually works as a perfect song for the moment. I’d recommend The Aces to anyone who likes Haim but wishes they went all in on their pop style. I wouldn’t be surprised to see them open up for Taylor Swift at some point too since she is usually way into these types of artists.

Things feel that low sometimes even when everything is fine

circle the drain by Soccer Mommy

This song is all about keeping up a happy face while you fall apart on the inside. It’s a fun, poppy song that makes isolation seem like a good time on the surface, but is really a cry for help. Which is the secret of sadness, it’s just always there, ready to pounce whether the moment calls for it or not. We think ourselves special for these feelings, but everybody goes through them, and as Inside Out noted, it is OK to be sad. That is how we judge ourselves and improve.

I wanted to go back to a time where they didn’t know what COVID meant or even 9/11, yet everybody was still really really sad. Thus escaping into the 90s seemed like a perfect diversion. You can check out my top 50 90s songs on the forum in the music section, but here are the top ten.

In a normal month this would have been a top story, but Kenny’s death fell to the bottom of the news pile in March 2020. So let’s give it up one more time for the man who always knew when to walk away.