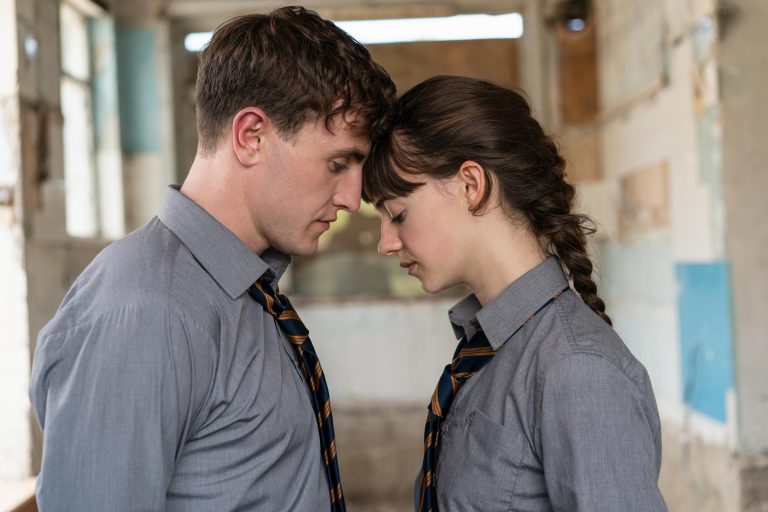 Normal People (BBC/Hulu) is an Irish teen drama geared towards authenticity and realism more than soap opera drama. With Lenny Abrahamson directing he takes the talent he showed in Room to make the scenes between Marianne and Connell intense and believable both whether they’re talking or undressing. Unlike shows such as Game of Thrones or The Witcher where nudity can feel for nudity’s sake, the style justifies it in Normal People. It adds to the rawness of the relationship and turning away or using camera tricks to avoid it would feel wrong with how Abrahamson shoots this series.

Daisy Edgar-Jones has the key performance as having not read the book, my assumption is she’s more attractive casting than the outcast Marianne was in the source material. But starting with her eyes she shows the hyper intelligent alienation from her peers and lack of confidence to make her believable as a loser. Paul Mescal’s Connell is aloof but likeable, a character perhaps not smart enough to value Marianne more than his friends. At times he came off more like a 30 year old than a teenager (Mescal is 24 in reality).

While Normal People is more authentic than teen dramas on a network like the CW, it loses something in raw entertainment. Their big obstacle is Connell telling his friends he’s dating the unpopular Marianne, which by the standards of roadblocks for TV couples ranks low on the list. The slower paced plot may have translated more in book form where you could be in their heads. The school bullies are not given much time to feel like real people, nor does it show through two episodes why Connell likes them so much. Both leads’ parents don’t quite pop as real people so far, not does their relationship with their children feel lifelike. As Connell’s mother works as a maid for Marianne’s, there is potential for class themes but so far it hasn’t been touched on. Marianne and Connell feel real and developed, but the world around them is lacking. With its authenticity and intensity but slow pace, Normal People is easier to admire than be hooked by.