Servant is an entertaining horror mystery 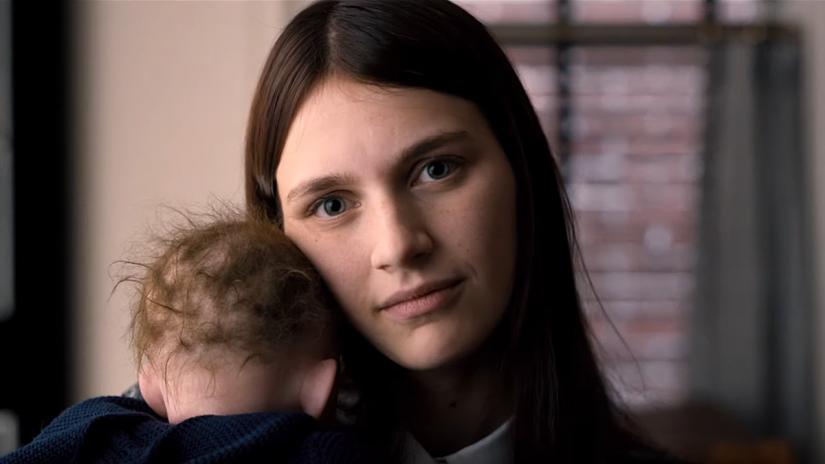 Midway through the first episode of Servant, there’s a startling moment where you think Sean Turner (Toby Kebbell) negligently picked up his baby by his feet and banged his head against the cradle. However it’s a relief to soon find out it was only a doll, to help his TV reporter wife Dorothy (Lauren Ambrose) adjust after the sudden death of their real newborn. Dorothy however is having a mental breakdown and believes the doll is real. Hence they hire the titular nanny Leanne (Nell Tiger Free, a potential future star) to help aid the delusion until Dorothy “wakes up”. Of course as one can guess from the title sequence alone this is a supernatural horror show, so by the end of the first episode the doll turns into a real baby to Sean’s surprise.

Mystery is one of the biggest strengths of the show as Sean and Dorothy’s brother Julian (Rupert Grint) realistically at first believe Leanne or Dorothy must have replaced the doll with a kidnapped child rather than consider a supernatural explanation. However undercutting this is that it’s only a mystery to Sean and Julian rather than the audience, as the show makes no secret of its supernatural-ness with horror tropes like Sean destroying her wooden doll and finding splinters all over his body making it obvious Leanne has powers enough to explain the baby’s change. Leanne however remains an enigma, at one moment she’s shy, religious and scared to drink as an 18 year old, or nearly faints watching the death of an eel (Sean is a culinary consultant, effectively a stay at home chef). The next she’s putting on Dorothy’s wedding ring when she’s away as if hinting a desire to seduce Sean, willing to drink wine with Julian or play on his attraction to her, and willing to kill an eel herself to cook it. At times it feels as if she’s multiple different people depending on the time, helped by Nell Tiger Free being excellent, portraying the multiple layers of conniving, genuine innocence and creepiness all at once.

Lauren Ambrose shines as Dorothy, mixing in the delusional optimism of her condition with passive aggressive annoyance at her husband’s selfishness and relentless criticism. There is no sign of her Six Feet Under past Claire in the performance as Dorothy is a true middle aged adult woman with the insecurities that brings. Toby Kebbell as Sean effectively portrays the flaws of her husband, who has something of cabin fever with his bruised male ego causing stay at home role, and quietly lamenting the lack of sex in the last year between his wife’s pregnancy and her current condition. Like Ambrose and Claire, Rupert Grint makes a bid for audience to forget his past as Ron, as he actually comes off as older and more worn than his real age. As with Sean, there’s a toxic masculinity edge to his character in both his attraction to the 18 year old Leanne and feeling Dorothy must be controlled. The four characters have nearly all the screen time so far as much like one of its closest comparables American Horror Story: Murder House, most of the series is set under one roof and preferring to stick with the characters who stay in the house than the ones who leave. As a result audience can feel as stuck in the house as Sean does in his life.

While it’s necessary for Leanne to remain a mystery, the character development of the other three characters so far has been limited. To be fair Dorothy, Sean and Julian are all narcissistic characters who’s view on the world and relationships is skin deep in nature, and it’s hard to expect to see how Sean and Dorothy’s relationship was originally founded on when she is stuck in a state of mental delusion. Nevertheless Murder House had richer emotional arcs and relationships than Servant has had through three episodes.

Although there has been minimal jump scare moments so far, the cinematography effectively shows the eeriness of living with Leanne, and uses small moments like Sean’s handling of his cooking materials revealing his unhappiness, or the off-putting force him and Julian slam their empty drinks hinting at their toxic nature. The episodes are edited well and never drag as it follows one revelation to another. All three episodes are in the 30-35 minute range allowing it to be a tight watch and easy to knock out in succession.