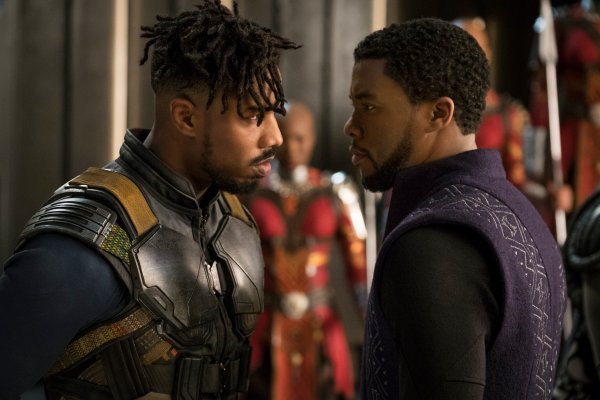 Despite the anticipation and decade long build for Avengers: Infinity War, it was upset by Black Panther which grossed 700.1 million domestic to its 678.8 million. Black Panther’s success will ramifications for years to come for blockbusters starring black actors. The top two films overshadowed how great Incredibles 2’s 608.6 million gross was making it Pixar’s highest grossing film with a bullet. Jurassic World: Fallen Kingdom fell from the first expectedly but still grossed 417.7 million. Aquaman continued DC’s success after Wonder Woman with 335.1 million. Deadpool 2 made 324.6 million which is harder than it looked considering comedy sequels have a checkered box office history due to the joke novelty having worn off. Mission: Impossible – Fallout was the series highest grosser with 220.2 million and one of its best received with 97% on rottentomatoes. Ant-Man and the Wasp made 216.7 million putting it on the fence for a 3rd film. Bohemian Rhapsody grossed 216.3 million and an amazing 903.5 million worldwide. The copycat effect has already started with Rocketman last year and others like the upcoming Elvis film on the way. Outside the top ten had impressive performances such as A Star Is Born 215.3 million showing there’s a market for romances with stars, A Quiet Place‘s 188.8 million for an original horror, and Crazy Rich Asians filling the romance void with 174.5 million in another landmark film for minorities.

The Oscars decided to party like it’s 1989 and gave Best Picture to Green Book after a surprising fall from grace for A Star Is Born. In the end its competition was Roma which won Alfonso Cuaron’s 2nd best Director award. Other Picture nominees included BlacKkKlansman, Black Panther, Bohemian Rhapsody, The Favourite and Vice. Rami Malek for Bohemian Rhapsody took Actor over heavyweights like Bradley Cooper and Christian Bale, and in Actress Olivia Colman for The Favourite denied Glenn Close finally winning an Oscar. Mahershala Ali won his 2nd Best Supporting in three years for Green Book and Regina King won Best Supporting Actress for If Beale Street Could Talk.

Solo: A Star Wars Story – A money loser that put an end to their spin-off plans.

Spiderman: Into the Spiderverse – A bold animated take with a black Peter was embraced all around.

Venom – A solid 200 million grosser was enough for a sequel.

Mary Poppins Returns – It didn’t take off as Disney hoped.

Fantastic Beasts: The Crimes of Grindelwald – After dropping from the first film one has to wonder whether continuing is worth it.

The Meg – Jason Statham and sharks found a perfect home in August.

Game Night – Jesse Plemons stole the show in a comedy standout for the year.

Hereditary – Toni Collette impressed and Ari Aster started what looks to be an interesting career.

Bird Box – A blockbuster hit for Netflix could change the business.

To All the Boys I Loved Before – Netflix also made inroads to claim romcoms.

First Man – Damien Chazelle’s follow up to La La Land was met with a shrug.