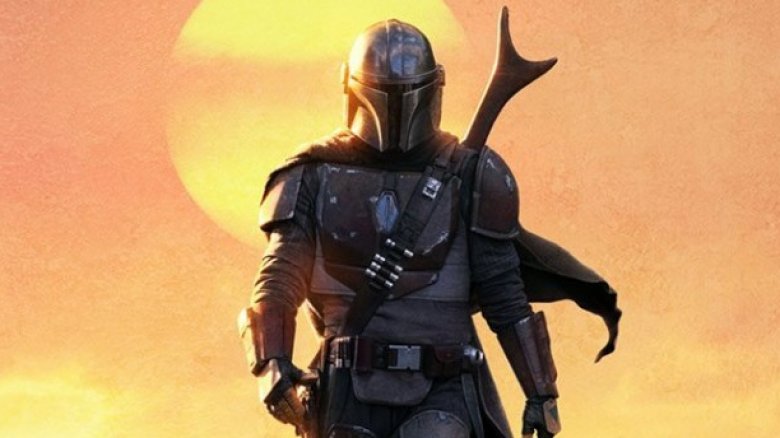 The Mandalorian can be slow paced, but is an intriguing western homage with excellent visuals and a charismatic physical and voice performance by Pedro Pascal

Following a bounty hunter (Pedro Pascal) known only as the Mandalorian so far, the first episode establishes its intentions to be a space western. He is alone in the universe travelling from job to job along with other western tropes like taming a Blurg (effectively his horse), an old man showing him the way across the desert or a mission to transport a living bounty that will test his emotional isolation.

The pace and the visuals also bring up memories of westerns as it builds slowly with several scenes of the Mandalorian sitting and listening while getting paid, getting his next mission or watching his weapons get forged. Later the cinematography is striking as he treks across the world by foot or animal to his bounty. The signature Star Wars transition showing the passage of time is a welcome sight, and it continues the tradition of great scores for the franchise. The episode is not without action sequences as it contains several entertaining creature attacks and a climactic gunfight.

Despite never showing his face, Pedro Pascal is effective via both his voice and physical acting mixing in weariness with youth. A flashback showing his traumatic separation from his parents is key to giving him a humanity and showing his loneliness and need for connection underneath the mask. Horatio Sanz as the Mandalorian’s first captive is scene stealing fun and Taika Waititi as a droid joining him in a gunfight does his typical strong voice work. Nick Nolte effectively portrays his the old man in the desert role and Werner Herzog is appropriately slimy in a villain role. Carl Weathers who could have played Lando in another life appears as a benefactor.

The Mandalorian can feel like it’s moving slowly, but by the end of its mere 35 minute episode a lot of distance has been covered physically as he is well into his mission, and emotionally with a cliffhanger that’s set to change the hero’s view on the world.