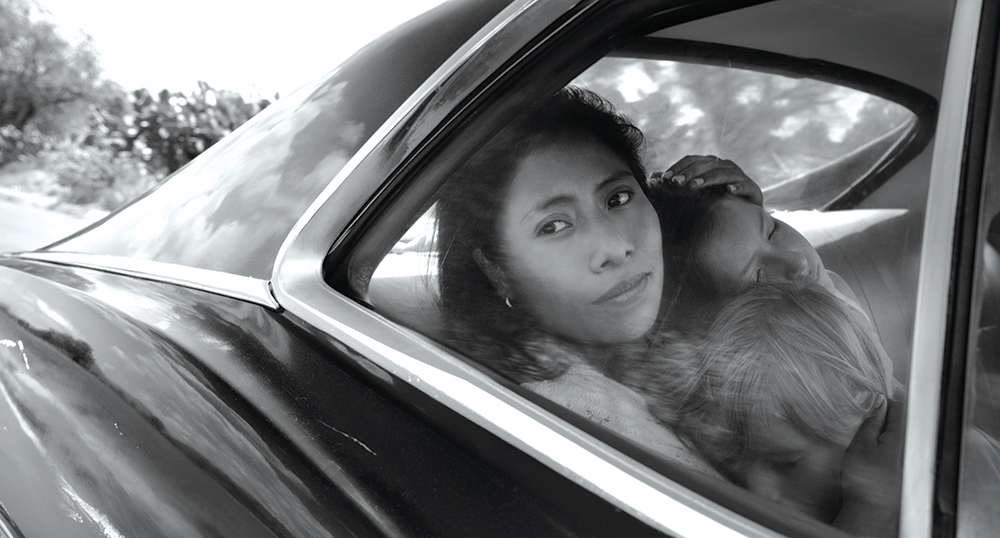 The search for meaning in Roma

In Roma, Alfonso Cuaron’s protagonist Cleo (Yalitza Aparicio) spends much of the film wondering who she is and what her purpose is. Her mother was a housekeeper giving her little choice in becoming one. She visits a rich family’s house and sees all their dogs heads through the generations stuffed on the wall. As a housekeeper is her life any more meaningful? Even if she had more money, she can see it’s not the answer if the matriarch she works for Sofia (Marina de Tavira) is more miserable than she is with a marriage falling apart. Cleo has a boyfriend Fermin who finds his meaning in martial arts and later on using his skills with the Los Halcones in the 1971 massacre of student demonstrators.

After Fermin wants no part of the baby, she associates the baby with too much pain and fears of being a single mother for it to be a joy for her. In a key scene during an earthquake Cleo barely moves to protect herself. Would it be easier to die or be injured enough to lose the baby? Cleo takes emotional hit after hit in the film and Cuaron flirts with a truly nihilistic film, before letting the audience keep their hope when Cleo realizes at rock bottom she has a place to belong in this world after all.

Cuaron brings his signature long takes to nearly every scene in the film. Since Cleo’s journey is so much walking and wondering it’s appropriate to simply follow her for long periods of time. The film succeeds in making 1971 feel like real life and showing that people were in many ways the same as they are now. The serenity of Cleo’s personality is juxtaposed by the chaos of natural disasters such as earthquake or fire or the riot during the Los Halcones massacre. Likewise her personal life can seem quiet and uneventful much of the time, but then be broken up by major events such as pregnancy or the kids she’s looking after nearly drowning. Far from just a film about ordinary days of a housekeeper, it depicts several of the biggest events of her life, Sofia’s or Mexico City’s that barged in somehow.

Yalitza Aparicio gives a complex and internal performance as to the outside world she’s quiet and unassuming, but inside is full of ennui. If she smiles for others it’s often not out of real joy since she struggles to find it for so much of this film, but because she’s supposed to and it will worry people less if she does. Marina De Tavira as Sofia is the other key performance as she has a connection in Cleo that’s one part friend and one part mother-daughter. Cleo looks up to her as classically beautiful, upper class and more able to express her emotions than her, but they bond over the pain of the husband or boyfriend who’s not around and the feeling their life is not what they thought it would be.

Roma is about how even for “just” a normal person like housekeeper, the journey often matches that of the greatest heroes: Asking what they’re here for, finding where they belong and the feeling that they’re not living with as much joy as they should.