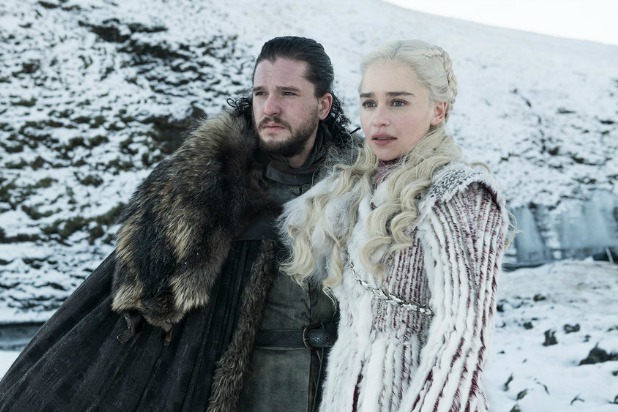 This isn't the end of TV's golden era. It's the middle of the Game of Thrones era.

This millennium’s first decade marked a creative renaissance in television. Starting with The Sopranos it became clear TV could be as artistically ambitious as any art form. It was followed by other great shows such as Mad Men, Breaking Bad, The Wire, Lost, Battlestar Galactica, Deadwood, The Shield and others.

No show in recent years has reached the universal critical acclaim of the Sopranos. But no drama from the early 2000s grabbed the popular consciousness like Game of Thrones. In the long run both are important. Star Wars is not as acclaimed as Citizen Kane, but is as important to film history.

Thrones may also prove to be the most influential show since the Sopranos. Much like how The Sopranos inspired many “anti-hero” shows, after Thrones end expect years of shows looking to recapture its zeitgeist such as Amazon’s Lord of the Rings and Wheel of Time or Disney+’s Star Wars: The Mandalorian. To put it in perspective when the Sopranos ended in 2007, the next most famous anti-hero shows Breaking Bad and Mad Men had yet to premiere. It was half decade after the Sopranos ended that the anti-hero era became what it did.

Not only that but if we’re to call this the Game of Thrones era or the big budget sci-fi/fantasy era, other current shows can be included. It’s no coincidence The Walking Dead was the other most popular drama this era. Both shows feature large casts, violence and darkness, and their sci-fi or fantasy plots allows for major action set pieces. Between those blockbuster scenes and characters getting killed off, it created “big moments” which is ideal for social media reactions and the feeling you’re missing out on the discussion if you don’t watch. The real first version of this show was Lost, another large cast sci-fi with game changing plot turns or character deaths that crushed on early social media and partly created it. There’s also Westworld where HBO clearly attempted to go for the big budget sci-fi with social media engagement, and Vikings which has always been an off-brand Thrones.

Take Game of Thrones, The Walking Dead, Lost, Westworld, Vikings, add it to shows like Lord of the Rings, Wheel of Time, Star Wars: The Mandalorian among others of which hopefully one or two will become classic level, and it’s clear that an era is formed. After audiences’ fascination with morally ambiguous men like Tony Soprano and Walter White, they moved onto shows like Game of Thrones and The Walking Dead which used bigger casts, blockbuster visual storytelling and thrived in social media engagement.