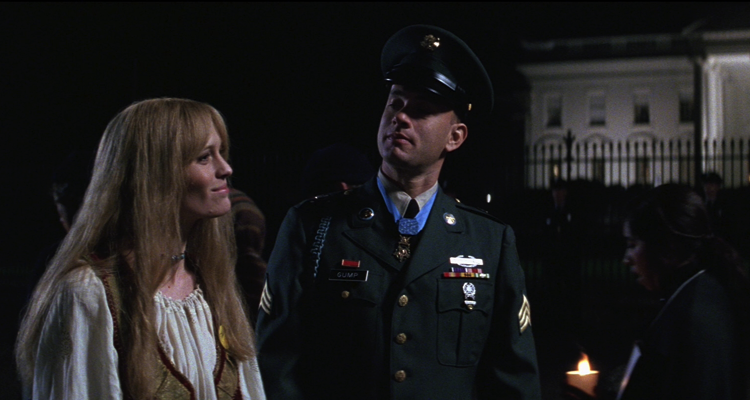 Was Jenny from Forrest Gump a bad person?

There’s some on the internet who would consider Jenny from Forrest Gump nothing but a selfish B. She kept Forrest’s child away from him for five years only to pop up again when she had HIV. She strung along a mentally impaired man in love with her for decades knowing when she hit rock bottom he would always comfort her. But she never stayed, instead running back to her self destructive lifestyle. She used him sexually and then broke his heart leaving the next morning.

Jenny’s actions can be explained by how damaged she is. She grew up sexually abused by her father and tried to use sex and drugs to replace love. Despite Forrest loving her she is convinced it’s not real due to his intelligence level. She believes he only sees the surface level fantasy of her and nobody smart enough to see who she really is could love her. She wants Forrest to stay away from her because it would destroy him to see the truth. Forrest is innocent and she is tainted and the longer he spends with her the more her damage will rub off on him. However protecting him is just an excuse when the truth is she’s afraid. Being with Forrest would give her no choice but to be emotionally vulnerable. It’s easier to be with men who only want her for sex. She sleeps with him when she returns to Alabama but it’s the morning after that frightens her and she runs away again.

Why did she keep the child away so long? It’s among the harder actions to excuse for her. Likely she couldn’t take the shame of breaking Forrest’s heart which she wanted to avoid for so long. She viewed herself as sexually taking advantage of Forrest like her father took advantage of her. In the end however she had enough courage to do what’s best for both Forrests by finding him. Ultimately Jenny was not a perfect person but her actions were driven by self loathing and unselfishness if anything. She believed staying away from Forrest was the best thing for him and was trying to be a good person.

In the end Jenny is as emotionally deficient as Forrest is intellectually deficient. She is incapable of understanding love and he isn’t smart enough to see how imperfect she is. He views the relationship with his heart and she views it with her head. He can only envision a perfect future between the two and she can only see all the ways it wouldn’t make sense. The real answer likely would have been somewhere in the middle.