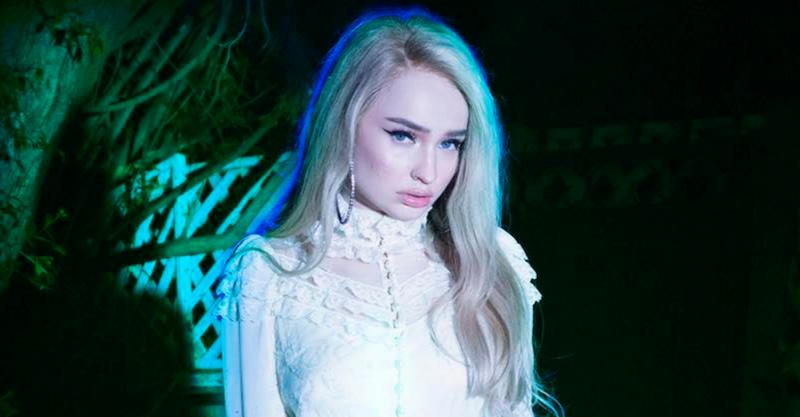 Welcome to the Monthly Music Mix! It is the end of June which means that we are halfway through 2019 and as usual can Marvel at how time passes. Maybe I am just getting old, but aren’t we all? And we’re basically in the same place as we were 30 days ago. Sure it was Pride Month and there were rainbows everywhere, but none of those rainbows led the horse away from the old town road (though they did lead Lil Nas X out of the closet – the news broke after I had already finished writing this piece). The music industry does tend to get stagnant during the summer, though there is a very bright spot on the near horizon. Several of my favorite artists (Tool, Taylor Swift, Charli XCX, Sheer Mag) have announced they will all be releasing their new albums between the weeks of August 23rd and September 13th . I don’t wanna downplay June and July too much, there was a lot to like here and I’m sure there will be next month to those who seek it, but damn that is a huge lineup. Though I do wonder why so many artists choose to skip over the summer time. In the past I am sure it was like video games, where the closer you release to the holidays the higher your sales will be. People don’t buy CDs anymore, but we are still stuck in the loop. Oh well, I guess it doesn’t really matter if its spread out or dumped on us all at once, just have to make the best of it and find new stuff in the interim.

Not much happening this month, no steamy feuds or romances. Drake may not have been able to take down Old Town Road, but he did win his first NBA Championship, and I’m pretty sure he’d take that over another #1 hit. From personal experience, winning your first sports championship is pretty much the best thing that can happen. It’s a feeling of satisfaction, not only from what just happen, but an entire lifetime of mental turmoil from sports made worth it. And I didn’t even get to yell at the refs on TV every night! So congrats to him and the rest of Canada.

I finally got to see Vampire Weekend in concert and cannot give a strong enough recommendation. They are the type who actually elevate their songs from how they sound on the album – it would definitely not have been #3 last month if the ten minute version of Sunflower had made the cut. They were up there making new songs in the middle of their old songs. So yeah, spend whatever it takes ($90, but they also sent a CD and two $20 coupons for live nation) and have an amazing freakin’ time. I also went to the Warped Tour 25th anniversary celebration at the Rock N Roll Hall of Fame which was a lot of fun. I think Warped made the right decision this year, going with only a few big shows even though festivals seem to be Out right now. Nostalgia for this will bring it back in its original form sooner rather than later though.

Last time I bemoaned how boring it was to see Old Town Road win over and over. Well now I have quote Martin Lawrence – “shit just got real”. Old Town Road is only a few weeks away from beating Despacito and One Sweet Day, and the question is no longer “Will it set the record” but “How badly will the record be shattered?” Lil Nas X and Billy Ray Cyrus have repeatedly fended off debut singles from A-listers who are used to immediately going to #1. Taylor Swift tried a second time with You Need To Calm Down, brought a music video filled with every gay celebrity available and literally squashed the beef with Katy Perry and it still wasn’t enough. Drake released a song with Chris Brown (No Guidance) and then another two celebrating the Raptors winning the finals (Omerta and Money in the Grave)- still not enough. They don’t care if Ed Sheeran and Justin Beiber are teaming up with I Don’t Care, nor that Billie Eilish is ready to cement herself as a top name in pop music with bad guy. All that matters is that the horses are in the back and the horse mattes are attached. Until then its bull ridin’ and boobies straight to the record books.

The albums side had some fireworks as well, with the Jonas Brothers achieving the highest numbers of ‘album-equivalent’ sales this year with Happiness Begins – 357,000. Now that stat doesn’t mean much since you can’t compare streaming numbers to the past, where people actually bought the record, but it is really impressive that they beat Ariana who had all the momentum in the world leading up to Thank U Next. So if I had to adjust, I’d say this Jonas Brothers is a 1.1-1.2 million seller in the old days. Boy bands are back has been the theme all year and now I’m just gonna have to patiently wait for the 2Gether remake/reboot. Billie also added another #1 week to her collection at the beginning of the month with When We All Fall Asleep, Where Do We Go? – and will likely add more in July since she is still hanging around the top 5 and July is light in releases. Thomas Rett also scored a #1 album with Center Point Road, and since I’m not sure who that is it must be country, good for him – there’s a snake in my boot! Finally, Madonna beat out Bruce Springsteen in the final week of the month with Madame X, also dubbed “The Battle of People Who Have Alot of Number One Albums.” It is her ninth overall #1, the second most all-time for a female behind Barabara Streisand. Springsteen also has 11, and was denied his 12th, but is still behind Jay-Z with 14 and The Beatles with a whopping, and likely untoppable, 19 number one albums.

Song of the Month

Rawr! This song really gets you pumped up. Plague Vendor are an American band, who may not yet have a wikipidia page, but are winning over the hearts of punk fans everywhere. Though I suppose you could classify it a grungeish too, with the way their dark and quiet verse leads way to explosive hook. And how this seemingly unpleasant situation is being fully embraced by our singer. If you even mildly enjoy this, I’d highly recommend the rest of the album, which brings the same energy, but in a variety of different ways.

Hey Katy is back and good again! Now I’m not one of those people who hated Witness and thought it was a complete waste of her time and talent. But … it’s really not that great. Nothing she did in between now and getting buried by Taylor Swift in ‘Bad Blood’ was really that great. Now they are friends again and Katy is back to making legit jams again. You could even interpret these lyrics as being about Taylor. This hook will stick with you for days, and I can’t wait to see what else she has for us on her next album, likely to be released in the fall.

This, or the album, should have shown up in last month’s music mix, but hey not even I can keep up on everything. And to be fair, Denzel’s previous efforts didn’t exactly make this a ‘midnight listen’ (when you throw on the headphones the second it hits midnight on Thursday/Friday). I always remember him being a hype rapper, where he is just yelling alot over an aggressive beat. This is much more relaxed, somewhere in the middle of Hype Rap and Mumblerap – exactly where you find the best of our age like Vince Staples and Schoolboy Q. It would have been huge in the 90s. I guess I should have seen it coming since he did a well-received cover of Bulls On Parade earlier in the year and only cool people sing that song.

Album of the Month 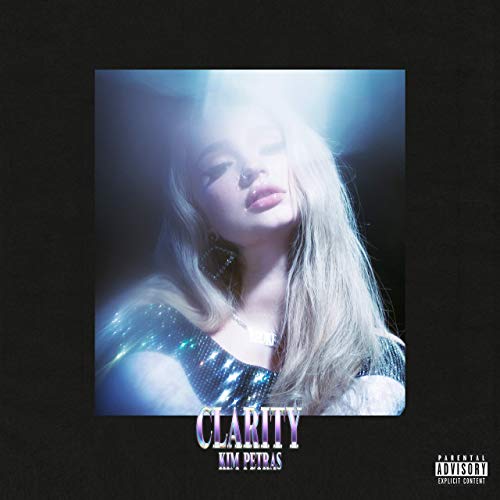 Kim had been releasing new singles just about every month since he Halloween-themed Don’t Turn Off The Light dropped back in October. For a burgeoning, non-traditional pop act this is not the worst idea. You can hype up your social media followers by constantly teasing new music and videos, rather than just releasing it all at once and letting word of mouth / the industry hype it up for you. So Clarity is less a new album and more just a collection of these singles, but when I heard what she was up to , I decided to stop listening to the singles and just pretend it was a normal (sorry for the microaggression) release. In that context, where you are just getting sex-fueled jam after jam, this is brilliant. Even the heartbreak songs like Icy and Broken are jams, one would never suspect Kim Petras of being off her feet for too long. The key line on this whole album “Can’t take it with you, blow it all tonight” is her philosophy and not a terrible one to live by.

Runner-up #1: An Obelisk by Titus Andronicus

One could be forgiven for assuming that since An Obelisk was released so soon after Titus’ last album, A Productive Cough, that it would be full of B-sides deemed not good enough for that record. The 20/20 Experience Part 2 of Jersey Punk. Instead, they teamed up Bob Mould and had him produce a much more raw and focused effort than what the band is usually known for – high concept albums about the Civil War. This is just really fun punk music, which is not something I’d ever thought I’d say about Titus Andronicus, and this is a very good thing. I loved what they were doing but everyone needs to switch it up now and then. 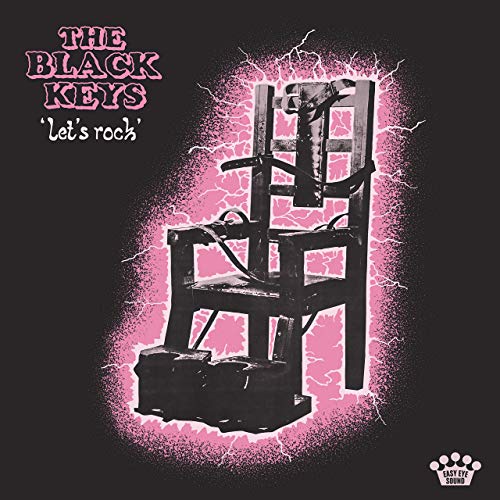 The Black Keys set a mission statement with the title of their album and nobody can claim they didn’t fulfill it. And while we may miss the diversity of sounds that Dangermouse would help bring to the table, these songs will soar when played in big arenas around the world. The name of the album isn’t “Let’s Get Eclectic” after all. And, in a world where this type of stuff isn’t being made by anybody outside of the nostalgia artists, the feeling of familiarity is fresh is its own weird way.