Only Murders in the Building - Season 1 review 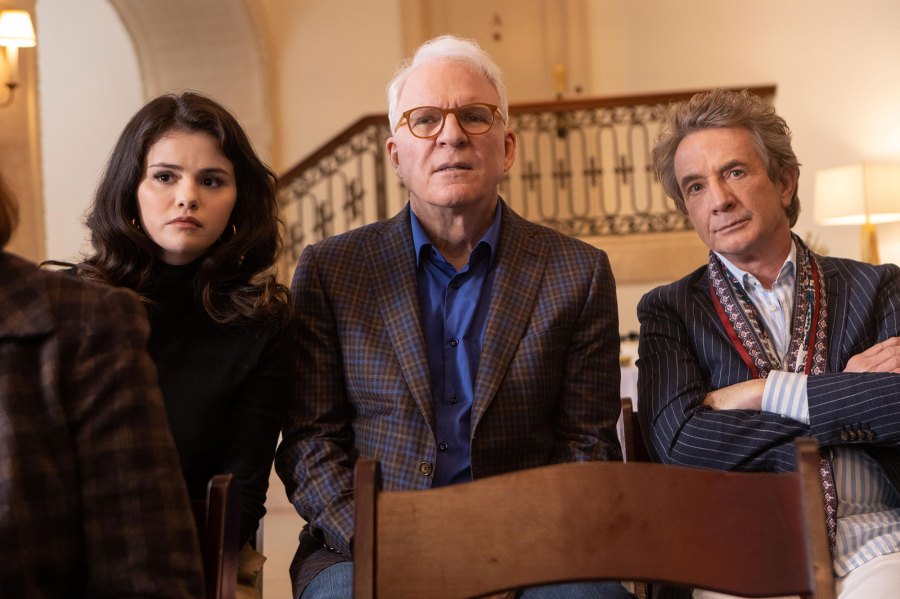 Hulu’s Only Murders in the Building’s first season was a charming enough watch but fell short of being a great show. The cast originally drew my eye with it being nice to see Steve Martin back on screen, along with Martin Short and Selena Gomez. Martin is given opportunity to do the physical comedy he thrives in from gags like finding a dead cat in a freezer to ending the series on a high note when he is loopy and drugged in the finale by the suspect I will not spoil. Short as a quirky and broke stage director is full of charisma and gets many of the shows best lines. I struggled with Gomez’s performance compared to her standout work in Woody Allen’s A Rainy Day in New York, I found her Mabel to be a wooden counter to her senior castmates. The fourth real cast member in Amy Ryan who is introduced as a bassoonist love interest to Martin’s character is a lot of fun echoing the nerdy kookiness of her role in The Office. The show is loaded with guest stars such as Nathan Lane, Tina Fey, Jane Lynch and Sting playing himself, which helps elevate it.

While part of the joke of the show is that the true podcast diehards solving their own building’s murder are in fact terrible detectives, at times it feels like major revelations in the case come from the show telling us with a separate narrative track, rather than the characters discovering the new information. Furthermore at times it feels they are chasing after red herring suspects for the task of filling 10 episodes of material. While setting up a subplot in Short’s Oliver’s relationship with his son early on, the show seems to forget about it after the first few episodes. Likewise Gomez’s Mabel reunites with a wrongfully convicted former love interest, but his role fades to the back burner by the end. Martin’s Charles has the best character development of the first season with a well developed romantic backstory tying into his current plot with Ryan’s character. With that said both these criticisms of the show sometimes telling you information the three leads don’t know and chasing after leads one at a time, lead to the standout episode of the series “The Boy from 6B” told entirely without dialog from the perspective of a deaf character. Because the show already was driven by the physical performances and the setting of their apartment complex, it’s the perfect fit to pull off this trick and still maintain the energy and personality of the show. It is one of the best TV episodes of 2021.

One of the highlights of the show is a tremendous score, playing in both the opening credits and used at timely moments throughout the episode. It’s easy to get the theme stuck in your head. The fictitious Arconia building is a fun setting for the show from getting a lot of use of the elevator comedically and plot wise, with some of the funniest scenes being the group meeting between building residents, all of which whom have a distaste for the three leads. The charming overall feel of the show from the music, cinematography and setting help make up for less than perfect writing.

While the news of a Season 2 renewal originally seemed like a reach to me for what could have been a one off story, by foreshadowing earlier in the season they will be another murder and ending it with this cliffhanger, it justifies the story continuing for at least another year. I will be interested in returning to the Arconia for another round.

Season rating: 3 out of 5 stars