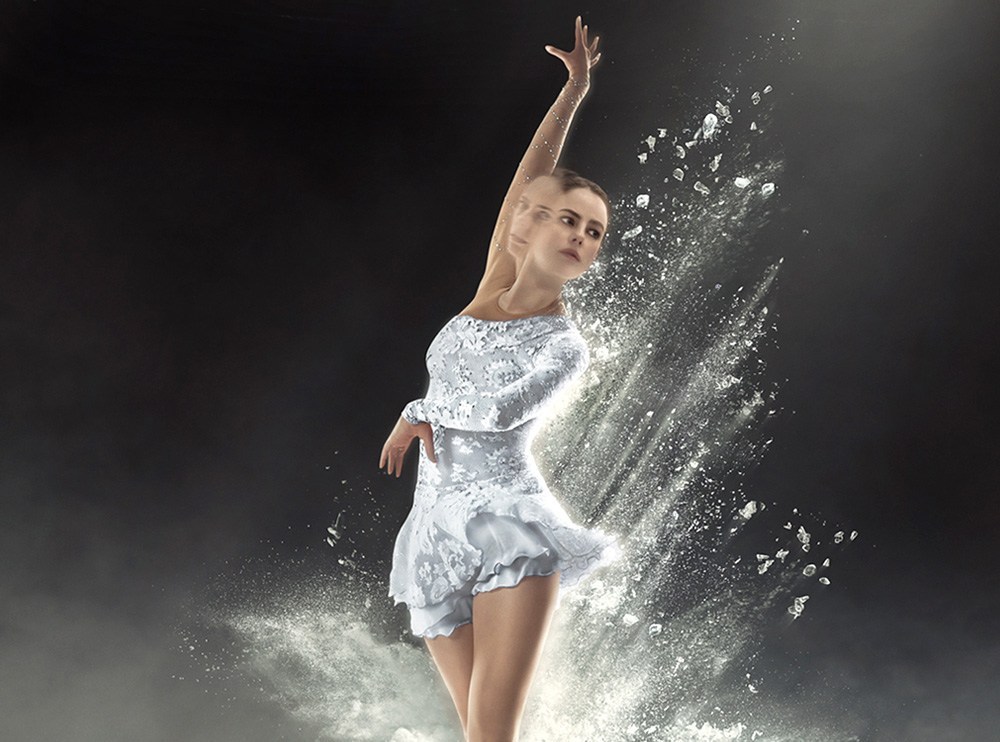 Netflix’s Spinning Out depicts a figure skater (Kaya Scodelario) trying to keep her mental health spiralling out of control thanks to the pressures of the sport and overbearing mother Carol (January Jones). At times Carol who shares Kat’s bipolar disorder hits familiar beats for abusive parents in sports stories such as I, Tonya or Black Swan. She had her Olympic dreams torn from her, so she pushes her kids too hard to live it out through them. However they do allow Carol to show genuine remorse for her actions and point out the sacrifice she made waking up at 5 AM and working multiple jobs for a decade for her daughters to live their dreams. Jones is excellent showing the guilt after realizing she’s gone too far, or turning on the charm in a moment for Serena’s new coach (Will Kemp) who Kat is nervous will try to sexually exploit her sister.

The first episode rests on Scodelario’s shoulders and she’s terrific. Kat has bipolar disorder but also suffers from PTSD from a fall that derailed her Olympic dreams. She’s at a crossroads deciding whether to continue the dream wrecking havoc on her physical and mental body or to quit and follow her boyfriend to London. Her relationship with her younger sister Serena (Willow Shields) is only slightly less complicated than with her mother. Serena is now treated by her mother and coaches as the most promising skater of the family. Kat is both concerned about her safety from Carol and Mitch, but also competitive with her and fearful she may be better. Kat’s friend Jenn (Amanda Zhou) makes an impression as she has to encourage Kat to continue skating while secretly knowing her dreams are ending. The skaters in this world are as vulnerable physically as mentally. At any point their bones could betray them and take away their Olympic dreams.

None of the male characters in the first episode are as complex as the three females in Kat’s family. Going forward pretty, rich, bad boy Justin (Evan Roderick) looks to be potential pairs partner and romantic interest for Kat. There’s also a coworker Marcus who has an obvious crush on her (Mitchell Edwards). Along with Serena’s coach Mitch, Justin’s father (David James Elliot) who Kat works for is played as a fairly stereotypical rich guy with a trophy wife (Sarah Wright).

There is a small town, down to earth feel to the world around Kat that makes it clear it’s either become an Olympic star or recede to a lower class life for her. The cinematography feels grounded and realistic. There are as many acoustic/indie songs as a This Is Us episode, although they contrast nicely with the skating sequences to classical music.

The story of falling down and making a comeback figuratively and literally, parents who cross the line training their sports children and romantic tension between skating partners isn’t entirely new. But thanks to a great lead performance by Scodelario the emotional journey deciding the future of her life and how she feels about her family members feels genuine.