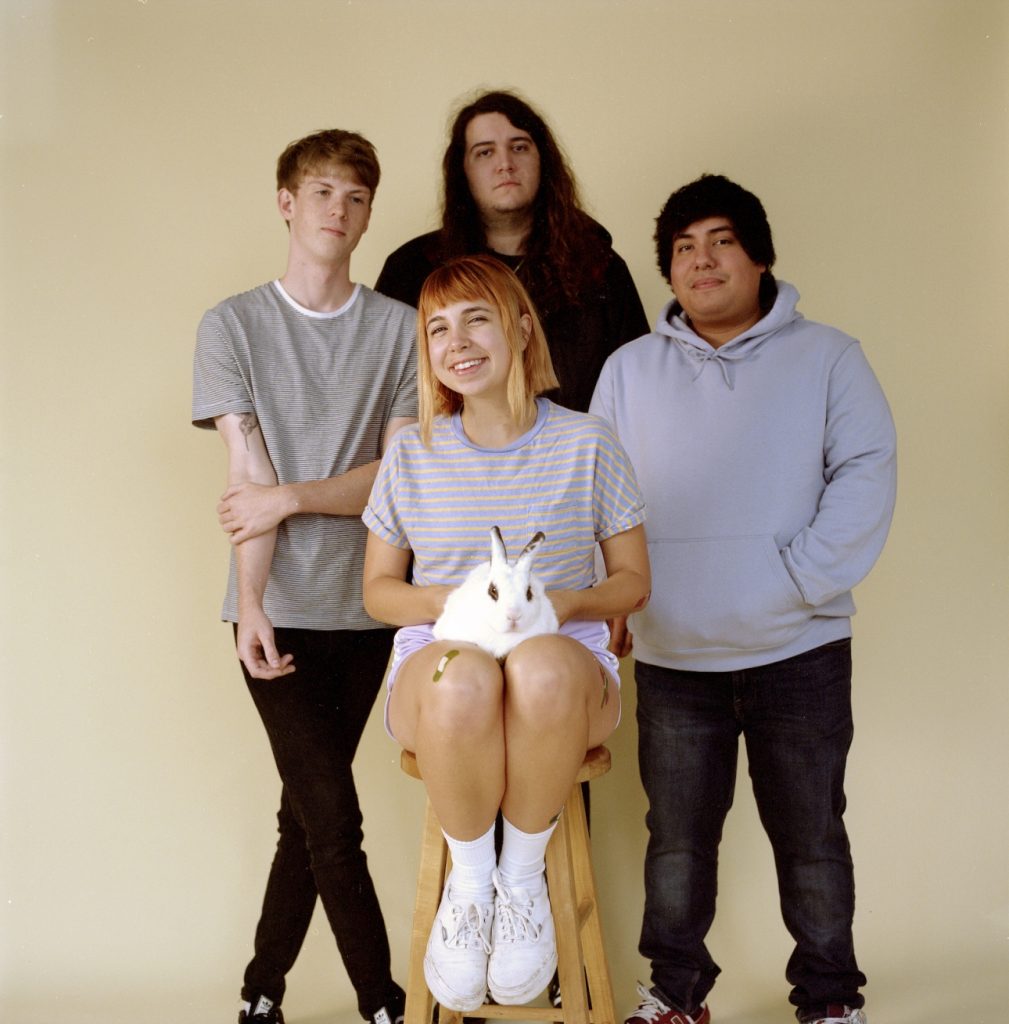 The subtitle of the month may be a little disrespectful, but after The 1975 bailed out on this month it was almost barren of artists that I like. Green Day released a record.. but let’s pretend that they didn’t. Tame Impala? More like ToMe ThatsLama. In times like these we must breach out, and luckily a few newish artists were able to break through the drudge. That’s what having a good music taste is all about though. Sure we can just stick with the artists we love, but going outside your comfort zone can be so rewarding. I’ll listen to a playlist with twenty trash songs just to get to the one good track. And in times like these we need that one!

In a somewhat shocking bit of news for those of us going to the Sonic Temple festival, Metallica pulled out of both days they were supposed to play. Singer James Hetfield has been battling addiction recently and needs the days off for rehab events. Now I’m not sure what type of rehab events cannot be pushed to another weekend for a millionaire celebrity, but with the history of this festival (RIP Chris Cornell and Keith Flint) we can just be glad he is getting the help he needs before it was too late. And Danny Weimer stepped up with the replacements, enlisting Tool and the Red Hot Chili Peppers (including the return of guitarist John Frusciante.) Is that a good trade off? I’m still a little upset about Metallica but will never complain about seeing those two in concert.

The Box is still king. My prediction of Demi Lovato or Billie Eilish unseating it was way off, neither of those even cracked the top ten. Dua Lipa is slowly moving up the chart with our November song of the month Don’t Start Now but it’s gonna be tough to get past the poprap firewall. Not only was Roddy Richh number one all month, but Life Is Good by Future and Drake was #2 all month and Circles by Post Malone was #3 all month. Hopefully March will bring some changes cause the charts are just boring right now.

The album side was more exciting. On the last week of the month, Korean boy band BTS set the high mark for weekly sales with 422 thousand units (helped by concert bundles) for Map of the Soul: 7. The previous high was actually set the week before with Justin Bieber’s Changes and it’s crazy to think BTS has eclipsed him like that. Lil Wayne’s Funeral was the other new debuting #1, fresh off his first round exit on The Masked Singer. And Roddy Richh added another week to his album Please Excuse Me For Being Antisocial total #1s too, so he is just killing it on all sides this year.

Albums of the month: 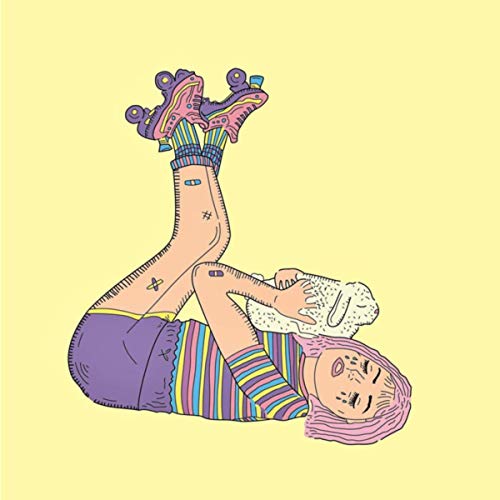 I called this during the last column, but even I was surprised by just how great this album turned out to be. It delivers on the indie pop/rock goodiness of January’s song of the month Dream Boy, and even more so when you realize this has more of an edge than that song would indicate. When Lili Trilifio are sure of something it’s all moonlight and roses, when they are not there are guitar solos. I love the balance between the two and every one of the nine songs is worth a listen. Plus it is only 25 minutes long, so what do you have to lose? If Promises doesn’t draw you in then I don’t know why you’re even bothering to have ears. Our first album of the year contender couldn’t have come at a better time. 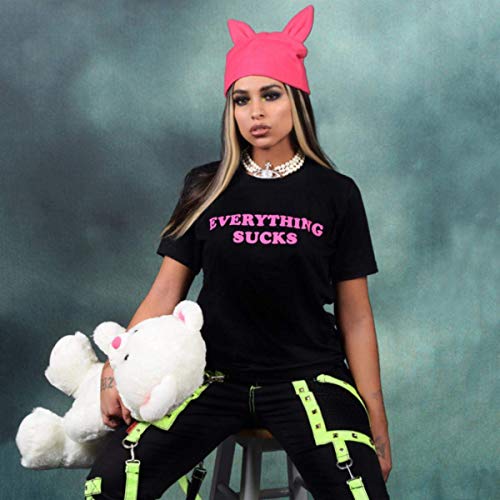 Everything Sucks / Everything is Beautiful by Princess Nokia

Nokia almost made the song of the year half of this column twice last year, first with Sugar Honey Iced Tea and then Balenciaga. Just missing each time, it did show a lot of promise for the up and coming rapper. So I was interested when it was announced that she would release not just one, but two albums on the same day at the end of February. Everything Is Beautiful is pretty good, and worthy of inclusion on here, but Everything Sucks is the real winner. It is dark, the beats clearly inspired by Trent Reznor and the lyrics inspired by the past trauma. Starting with Harley Quinn, she details her lifestyle in an almost uncomfortable way, though always with plenty of confidence. And after awhile, one might start to get tired of all her drinking and fucking and self-destruction .. until she hits the final song Just A Kid, which explains how she got to be the way she is. It Mementos the entire album and elevates it beyond the initially shallow-seeming lyrics. 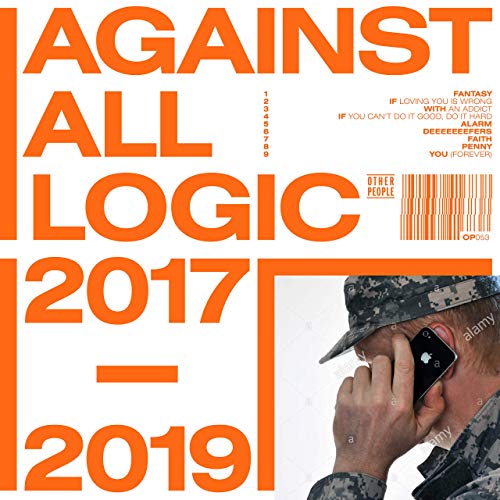 This was a surprise release so far as I know. Much like their first album (under this name), it is a collection of the music they have made over the past few years. We don’t often see purely electronic artists on here, and AAL was heading in that direction with a soft start to the new album. It picks up in a hurry though, peaking in the middle with If You Can’t Do It Good.. and Alarm. It sticks out as more than just background music or wannabe pop, their music has soul.

Standout: If You Can’t Do It Good, Do It Hard

Songs of the month:

When Siri pronounces their name it sounds like “killer attack”, so that might help if you need to look it up. These guys are from Norway, and if ever there was an epic viking raider quest personified in the form of a song this would be it. Clearly taking a strong influence from Metallica (one of the best ever), but adding their own twist on it, Fanden Ta Dette Hull hits all right places for an emerging hard rock artist. I hadn’t heard of them before this, but it looks they just changed vocalists, and while I’ll reserve judgement on who is better, New Guy does a hell of a job on here. This song is eight minutes long, almost a third of the Beach Bunny album, but if this type of music works for you then I highly recommend taking the journey across the seas.

No Time To Die by Billie Eilish

So I know that Bond songs are basically just glorified commercials, but we all know that some are better than others. Does anybody even remember the name of the Jack White and Alicia Keys one? I didn’t think so, and that just came out a few years ago. And while I was hoping this would be a bit more a bop and less depressing, I suppose it makes sense to start the movie on a down note and have Bond fight his way back up.. if only they hadn’t already done that in this series. That leads to the question, is No Time To Die better than Skyfall? ..Maybe? I love the lyrics, are you death or paradise?, and when the signature Bond notes creep through in the background it gives me some big feels. Is it better than You Know My Name? Of course not. That, along with Live and Let Die, are the pinnacle of this subgenre. Still, we can’t all be Chris Cornell or Paul McCartney, and those songs are killers in themselves. Billie sounds like she is the one on the other end of the barrel. And in that sense, it works as well as it could.

How could I disguise the way that I’m feeling?

How To Forgive by Tennis

A nice little alt-pop jam here. Tennis is a duo comprised of Alaina Moore and Patrick Riley, who also happen to be married. The album isn’t amazing, but it has a few jams on it. And is that not a metaphor for marriage in itself? It’s not always gonna be perfect, but the rough spots are worth putting up with for the gems. If only we could be married for 30-40 minutes at a time, people would be much happier! I don’t think the intended me to explore the deeper workings of marriage, more just to appreciate what their love has produced, but hey, in Deaduary you have to think outside the box sometimes. Unless you’re Roddy Richh in which case The Box is working out very well for you.

So I got distracted with all of the crazy news happenings at the end of last month and forgot to do a tribute to Neil Peart, legendary singer and drummer of Rush. I’ve always enjoyed their music, but never considered a big fan. Mostly because their fanbase is too hardcore for me, you can’t just like Rush, you have to Live Rush. Throughout the years this has turned me off of a lot of artists that I might otherwise like (looking at you Phishh), but I’ve eventually come around on most of them – Slipknot, Beyonce, Sublime, etc.. And now Rush. It didn’t really hit me until Primus announced they were doing a tour covering Rush songs. I also don’t love Primus like that, but this is the closest we will get to the real thing from now on. That inspired me to listen to the album they will be covering.. and then all the others too. And it is quite the catalog. Not only as an influence on many of my favorite current bands, but the songs themselves hold up superbly. I guess when you make futuristic sounding music in the past it should feel right at home in the present. So after listening to all their most iconic music, I can safely say that the best Rush song is – Limelight. Not exactly a controversial choice, but there is no other right answer. It’s a major jam, plus a good piece of advice/warning for all those who dare to dream. Let’s give one more farewell to a king by having him play us out.