The refreshing greatness of Hamilton 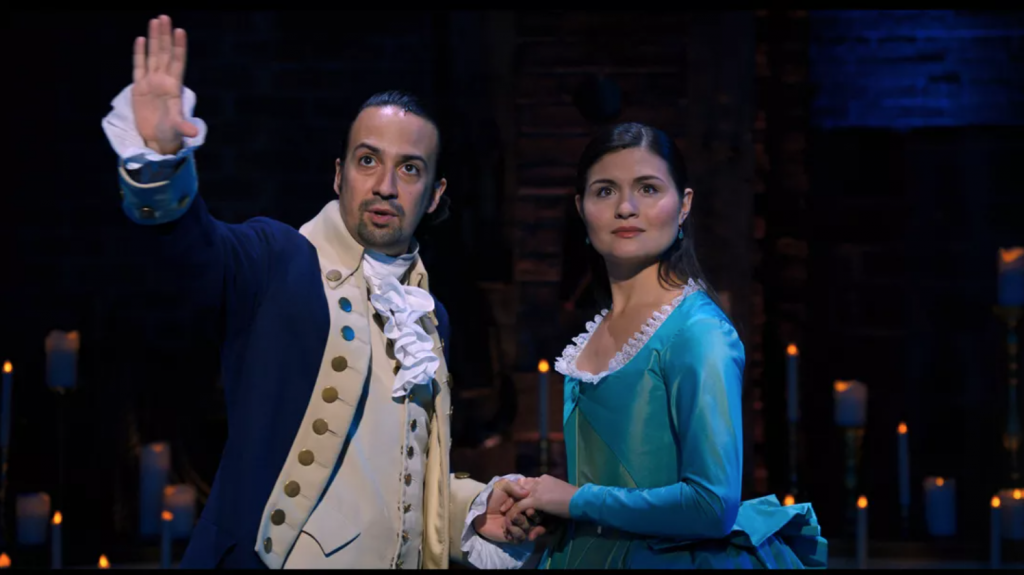 Hamilton is a great musical, but for reasons outside of the current political moment. Despite changing the skin color of its actors it doesn’t badger you over the head with a partisan viewpoint or force you to view history through the lens of race. It is a story about individuals first and foremost more than groups. The Alexander Hamilton of this story is brilliant, but with fatal flaws. His inferiority complex makes him feel never good enough and as an immigrant as if he has to continuously justify his place at the table. Despite having a wonderful wife in Eliza his wandering eye extends to her sister Angelica or his mistress Maria, and due to his workload he never sat back and enjoyed his family with her or their son. While like all the founding fathers he believes in the ideals of freedom, at times it seems he is as much driven by ego to prove himself. He laments Aaron Burr for risking his political rise by standing a stand in either direction, making him evergreen for politics, but in some ways Burr is more honest with the audience about what he wants and why he’s closed up. The Salieri/Javert of the story, Burr is of course one of the most flawed people in the story with his jealousy and insecurity towards what Hamilton is and what he’s not eventually reaching their boiling point with the duel. Like Hamilton he is unfair to himself by not being proud of what he accomplished in his love for his daughter Theodosia and contributing to the revolution and eventually rising to Vice President and almost president. As a result his toxic envy stains his only legacy and makes him only a villain in history for killing Hamilton. When it comes to Hamilton’s disagreement with Thomas Jefferson, it’s not about one side being right as Jefferson is allowed to make valid points against the federal bank, and Hamilton being a flawed person on the whole means he can be wrong about his take on government as well. Ultimately Hamilton compliments Jefferson by saying he has beliefs while Burr does not.

Despite the emotional heaviness of the journey Hamilton, Burr and Eliza go through, the musical doesn’t forget to be fun to watch. King George nearly steals the show with his break-up song like numbers and adds some necessary levity in between heavy moments, and Eliza and her sister show happiness and love when first meeting Hamilton to juxtapose the tragedy they will have to face later in their lives. Jefferson is one of the most stylin’ and entertaining characters, and George Washington’s first introduction in full war general mode is an exciting badass moment, before he later goes on to have a wonderful number when teaching the nation how to walk away. However it’s Lin-Manuel Miranda who is the key at the end of the day showing all the never good enough layers of Hamilton and anchoring the emotion of scenes played against characters such as Burr and Washington.

Hamilton is a musical that would likely look a lot different if it was written in today’s climate, and perhaps it’s better for it. The themes of this story such as ambition, jealously, love and loss are timeless and its musical numbers are allowed to be enjoyable without being choked out by the pressure of social justice.