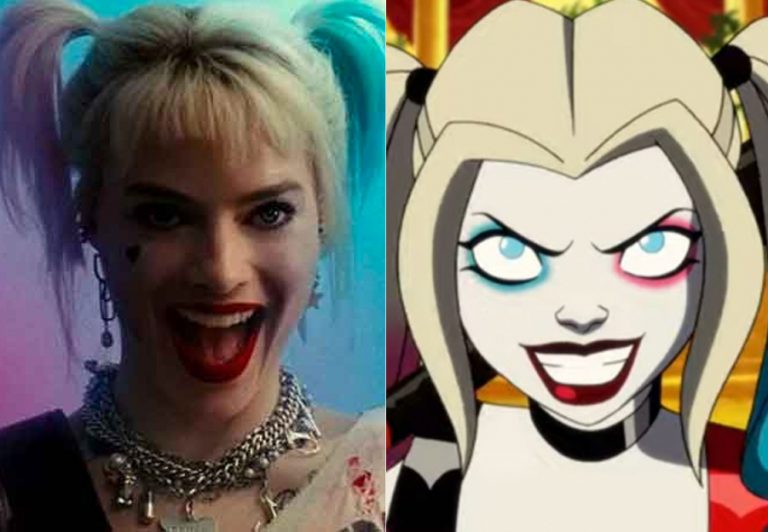 A few months before Birds of Prey was released on January 25th, the DC Universe streaming service released the animated series Harley Quinn. After a quick turnaround the second season already started this month.

In Birds of Prey Harley is an agent of chaos but more like Bugs Bunny than a conniving hero. The villains are defeated by the universe conspiring against them as much as her competence. Often chance is on her side just avoiding disaster while for them the opposite. Harley lacks the awareness of anything not in front of her nose or ability to recall information. For the villains to be defeated by someone who barely knows where she is they have to be incompetent enough for luck and athleticism alone to beat them. A screwball or slapstick style could have worked and been a breath of fresh air for the superhero genre, but the film’s editing style lets it down. It wants to be Tarantino more than Chaplin. The multiple timelines and character introductions in the first half only slow down the momentum it could have had. The gritty cinematography also feels cheap compared to the bigger budget polished superhero films. The second half is an improvement thanks to the Birds coming together in one timeline allowing it to let loose with its biggest strength in its high energy action sequences. Mary Elizabeth Winstead steals the movie with her frustration at her Huntress nickname not taking off.

Harley Quinn treats the character better. Her craziness is less mental hospital and more the narcissism of the social media generation. Her and Poison Ivy’s roommate relationship plays like two actresses looking to break into the Hollywood boys club only with their ambitions pointed at super villain fame instead. It’s a world where a super villain has to apologize on day-time talk shows not for being a his crimes, but for calling Wonder Woman the C word while fighting her. There’s a dating-like app to match supervillains and their nemesis among other millenial gags. Kaley Cuoco brings maniacal energy to the role while Lake Bell as the more chillaxed Poison is the perfect compliment to throw water on her. Harley is given more depth than the film version with a history of being betrayed by the Joker or her family leads to long term issues. Her cronies often provides the comedy led by Alan Tudyk as the morphing Clayface as a send up of hammy theatre actors, Ron Funches as the joyful muscle of the group King Shark, Tony Hale as the telekinetic Dr. Psycho and Jason Alexander as the robot wheelchair riding Sy Borgman. Tudyk also shines as the Joker who’s the ultimate toxic male ex boyfriend (Symbolizing his character, when lamenting the Riddler taking his comedian gimmick he asks a goon to name a villain funnier than him. When the goon replies Harley, Joker says “What? No! Women aren’t funny!”) James Adomian as the child-like, blowing things up loving Bane and Matt Oberg as Poison Ivy’s too dumb for her love interest Kite Guy are also scene stealers. The series as a whole is made funnier by freely cursing. If there’s any criticism, it’s many of the jokes are built on a character’s one trait that it taps into repeatedly. Not that this makes it unique among comedies.

The animation is a highlight. Like the film it understands its world class athlete lead character combined with unhinged personality has high potential for entertaining chaos, but the animated medium gives it a freedom the film doesn’t have. The flashy bright colours fit Harley’s enthusiasm and add to the joy of the series.

Harley Quinn: 4 stars out of 5